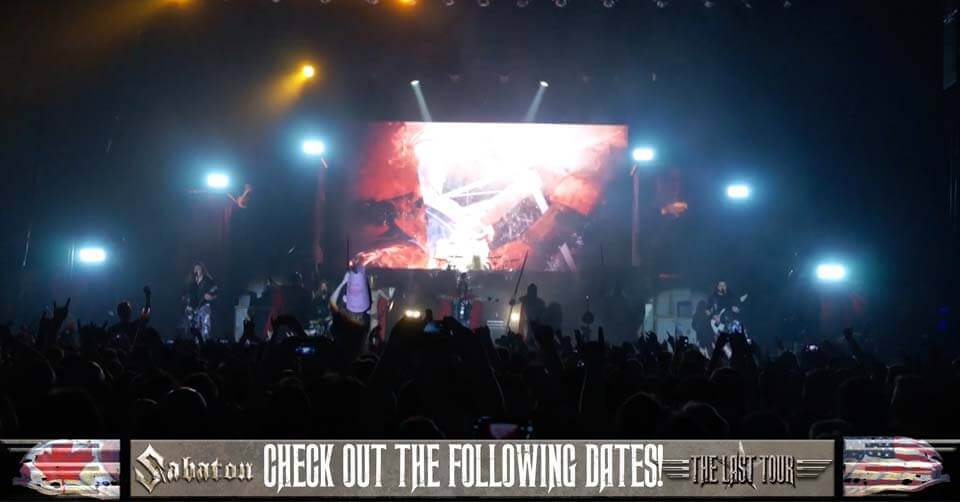 The time has finally come for THE LAST TOUR to reach the North American shores, and for the first time since 2012, Sabaton will headline a tour in USA and Canada!

The tour starts in a couple of weeks, and already now the 2 shows in Montreal & Seattle are sold out with more to follow.

Here are all the dates:

Tickets for all shows here: www.sabaton.net/tour

What could be better than to bring two great European bands on our upcoming North American 2017 tour? Leave’s Eye’s and Battle Beast is a perfect match for Sabaton fans, and we have done several shows with them in the past proving how great package this will be.

Both bands have also performed on our festival Sabaton Open Air in the past and Battle Beast toured with us on the Heroes tour in Europe so it will be one big family touring North America in April & May.