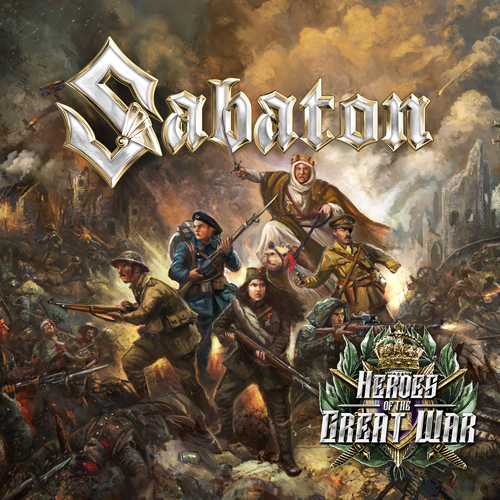 In times of war, men and women push themselves beyond their physical and psychological limits, accomplishing things that go beyond any human understanding. The unwarranted struggles, the violence and the disruption, the loss of life, the loss of liberties and the birth of an altered mindset programmed for survival; these are all things that these heroes endured.

Of course, there are many more First World War heroes than we could ever possibly cover, but we found some whose stories resonated with us; whose tales ignited our imagination; whose fortitude inspired our lyrics and music.

From the well-known Alvin York, who received a Medal of Honour for an attack on a German machine gun nest, to the unknown yet unbelievably courageous Milunka Savic, a decorated female combatant from Serbia who cut off her hair and posed as a man in order to embark on her new passion for combat, this is an ode to the Heroes Of The Great War.