Charles XI of Sweden was born

Charles XI of Sweden was born on November 24, 1655. He reigned as the King of Sweden from 1660 until his death on April 5, 1697, and was fundamental to the development of the Caroleans – the soldiers of the Swedish kings.

The Caroleans were the elite warriors of Europe in their day. They won great battles even when outnumbered with their innovative and superior tactics. Their strict discipline and steadfast morale were just as important to their victories. 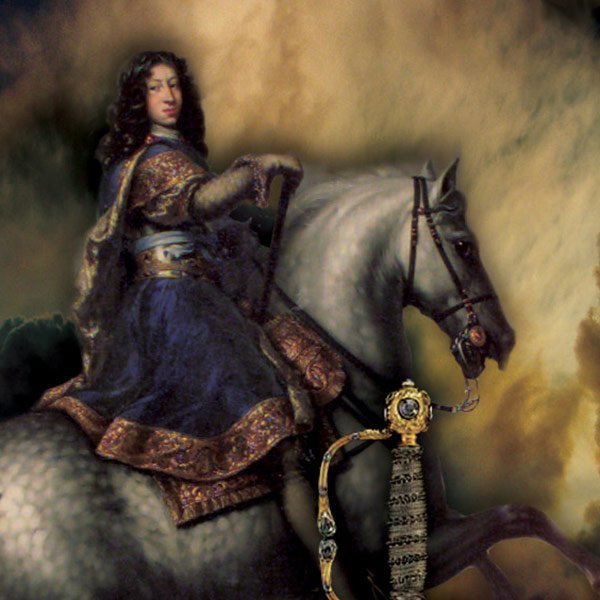 In the 17th century, most European armies consisted of three types of soldiers: The levies, who were usually conscripted or otherwise locally raised men; the mercenaries, who were often experienced but expensive soldiers for hire; and Guards units, who were the elite household units of the state and were high in talent and small in numbers. The Swedish Carolean soldiers were something in between.

After the rather disappointing performance of the Swedish military in the Scanian War, which ended in 1679, in which they fought against Danish-Norwegian and German armies, whom they had thought to be inferior, King Karl XI began reorganising and modernising the Swedish army in the 1680s. He developed a new allotment system, where each Swedish province had to raise and equip a standing force of around 1,000 men in times of war and peace. These men were professional soldiers, who, in return for being given their uniforms, weapons and plots of land to support their families, had a lifelong commitment to king and country until they were released from service or died.

The Swedish Empire, or just the Kingdom of Sweden, had never been able to maintain a standing army for long because of a lack of manpower and resources. Even at the height of its power, Sweden could not compete with other more populous European powers in terms of numbers and replenishment. So, instead of quantity, they had to rely on quality.

The Caroleans, as they were now called after their King, enjoyed the best training and quality of equipment the empire could provide, including modern flintlock muskets and strict drills in marching and firing, performed with live ammunition. Special emphasis was placed on close combat training with rapiers, bayonets and pikes – bayonets were actually a rather new thing at this point in time, so most of the musketeers were trained in fencing with rapiers.

Since the Caroleans were now professional soldiers, they began to develop a certain feeling of uniqueness within Swedish society. The community was paying for their living, and in return they were expected to fight and die for the crown, but it went beyond that. Officers and veterans defined themselves as ‘Krigare’, meaning ‘warrior’, and associated the word with a sense of pride in duty and merit. It wasn’t just about the oath to the King and the regiment, nor the time they had spent training, nor their competence in leadership. The true test of the warrior was his baptism of fire during a real battle.

Scars from wounds were shown proudly, since they symbolised the blood shed for their king, and at the end of a Carolean’s life, the scars they bore were the only proof of the hardships they had endured on the battlefield. Of course, their comrades, who were also present at the battles, experienced the same pain, fear, glory, anger and joy, but society would never really understand it in the same way.

This feeling was true for every soldier everywhere, but the Caroleans dealt with it in a different way. They had a certain camaraderie that was absent in the larger European armies. This was great for morale, but besides the strong camaraderie, they held strongly and even fatalistically to the Christian faith. Chaplains were common in European armies, but for the Caroleans they were omnipresent.

In the way battles were fought at the time, with lines of tightly packed soldiers marching toward and then shooting at each other, it was difficult to explain why one soldier died and the men next to him lived.

The strong faith of the Caroleans convinced them that every death on the battlefield was simply God’s will. Death did not come to them because they failed or made a poor decision, or simply because of bad luck, but because death was already predetermined before the battle by God.

All of this did not make the Caroleans completely fearless or religious warrior fanatics, but it was a way of dealing with the stress of battle, and this strong Christian belief in combination with the strict discipline of the drills, made the Caroleans highly motivated soldiers.

If one examines how the Caroleans actually fought, one will understand why a certain fatalism was necessary. The Swedish forces had to rely on quality over quantity, and this had to really translate on the battlefield itself. Long engagements with high casualties were unacceptable, and Sweden could not fight wars of attrition. Instead, they had to defeat their enemies quickly and decisively.

Regular battle combat was fought in line formations, where soldiers closed ranks to maximise the amount of firepower they could unleash on the enemy. Both sides would march their infantry towards the other and then stop and open fire at a distance of around 100m. They would then reload and continue to fire. Artillery and cavalry were used to disrupt and break these infantry formations, and exploit breakthroughs, but that could lead to long and costly engagements – the kind of engagements the Swedes were trying to avoid. They had to beat this system. 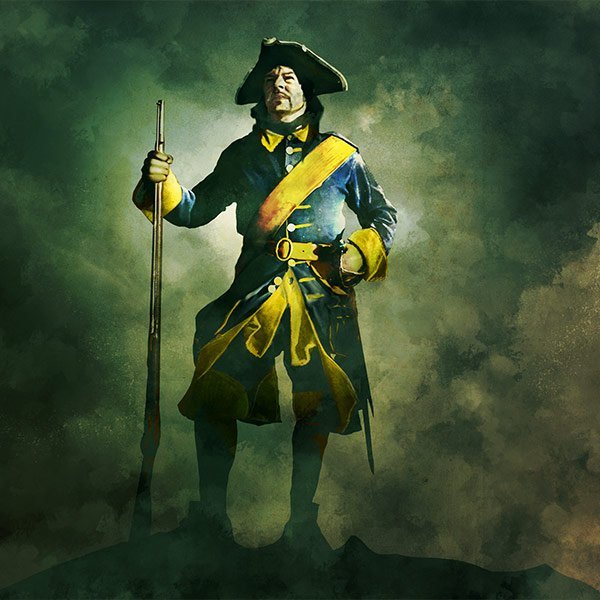 The Carolean musketeers would set up four ranks deep, as they marched towards the enemy, but instead of halting to fire at the usual 100m mark, they continued marching. The enemy, of course, would not, and opened fire upon them, but the Caroleans marched on. Muskets were notoriously inaccurate, but many men still fell from enemy fire. Despite the shock and despite the casualties, they marched on until they were around 50m away from the enemy. The saying “do not fire until you see the white in their eyes” did not stem from this practice, but it might as well have.

The volley of gunfire from their first two ranks at such close range was far more accurate and far more effective than the enemy’s, both physically and psychologically. After the first two ranks had fired, they still did not stop or reload, but kept on marching. Instead of reloading, those first two ranks drew their rapiers and changed position with the 3rd and 4th ranks. Then, they closed in on the enemy at around 20m, and now, those ranks opened fire as well. At this close range, most bullets would easily find their targets and completely disrupt the enemy’s ranks, and the Caroleans kept on coming. They did not stop to reload, but charged with cold steel, bayonets and sabers raised, into the enemy.

Modern military historians support the thesis that although all armies had begun slowly equipping their soldiers with some sort of bayonet or bayonet-like weapon, actual charges were thought of as a thing of the past by most military thinkers at the time. Thus, the Caroleans, specially trained in close combat, crashed into disrupted, unstable and frightened formations. The tactic was simply called ‘Gå–På’, which translates to ‘walk on’ or ‘march on’. All it entailed was swiftly marching through the enemy’s fire. It was a very dangerous tactic and relied decisively and exclusively on personal bravery and aggressiveness. But if executed correctly, it could terrify the enemy and lead to a swift victory with minimal casualties. This tactic arguably made the Caroleans the first modern shock troops.

Breakthroughs would then be exploited by Carolean cavalry, who in the same spirit as the infantry, rode very close, often knee-to-knee, to maximise their effect on smashing the enemy’s formations.

In many ways the Caroleans were unique, and actually pulling off the ‘Gå–På’ tactic was only possible through the strict discipline, the high morale and the unique motivation of the Swedish soldiers at the time. The Great Northern War of 1700-1721 showcased the effectiveness of such tactics in battle after battle against numerically superior foes.

It’s safe to say that as long as the Swedish army could avoid mistakes on an operational level, it was extremely tough to beat on a tactical level, and doing so would require a huge loss of life from those foolish enough to try.

The Caroleans and their fighting tactics strongly inspired our song ‘ The Carolean’s Prayer ‘, which is featured on our album, Carolus Rex. Take a look at the lyrics we wrote here.

If you’re interested in a more visual interpretation of the above story, watch our Sabaton History episode, The Carolean’s Prayer – Soldiers of the Swedish Kings: