Start of the Greco-Italian war

In the late evening of April 7, 1939, the ousted Albanian King Zog approached the Greek border. His turbulent reign had ended in flight as Italian soldiers began landing on the Albanian shores. For Italian Duce del Fascismo Benito Mussolini, the occupation of Albania was the next step to empire. It was the gateway to the Balkans and possibly the Eastern Mediterranean, where subjugated nations would provide living space for Italians and be exploited for their resources and raw materials.

However, even the peaceful invasion of Albania had not gone as smoothly as the fascist press had reported. Italian Generals were already voicing their concerns about the lack of planning, and about the haste with which the underprepared soldiers were shipped over. But Mussolini’s ambitions were not to be deterred by criticism.

In need of a victory

Fast-forward to the summer of 1940. Although Italy was allied to Germany by a pact of steel, the Italian dictator had clearly become the junior partner in that coalition. Mussolini was in dire need of a triumph – something big to elevate his status.

The invasion of Albania had caused Italo-Greek relations to hit rock bottom, though they had been strained since the end of the Great War. The lacklustre peace treaties had left both countries with lingering animosities about unfulfilled promises and rivalling ambitions in the Mediterranean. Now, with the new war, Italian hostility towards Greece intensified rapidly. Italian troops were already concentrated at the Albanian-Greek border, and even a Greek cruiser, the Elli, had been torpedoed and sank while being anchored at port. As the head of the Italian military, Mussolini began planning his coming offensive against Greece. In his mind, the Italian army would steamroll in, and Hitler and the world would learn of his triumphs from the press.

On October 15, Mussolini revealed his plans to his generals. The Italian offensive planned to overrun the Greek defences in north-western Greece, then attack towards Epirus, Salonika and the Ionian Islands. The Italian Generals were taken aback by the overly ambitious plan, and even more so when they realised that they hadn’t even two weeks to prepare for it. On October 28 at three o’clock in the morning, a telegram reached the Italian ambassador to Greece, Emanuele Grazzi. It was an ultimatum: the Greeks were to permit Italy’s occupation of certain strategic points in the country or there would be war. They had three hours to comply. Grazzi immediately met with the Greek Prime Minister Ioannis Metaxas and could not hide the fact that this ‘ultimatum’ was purposefully designed to be unacceptable. Its deadline was far too short for negotiations. Grazzi wasn’t even able to answer Metaxas’ question as to which ‘strategic points’ the Italians wanted to occupy, since he wasn’t aware. Metaxas reluctantly agreed that yes, this could only lead to war. Grazzi replied that war could still be avoided, but Metaxas exclaimed “Ochi!”, which translates into ‘no’. Even though Greece did not want to go to war and was aware that they very well might lose, Greece would not forsake its honour. 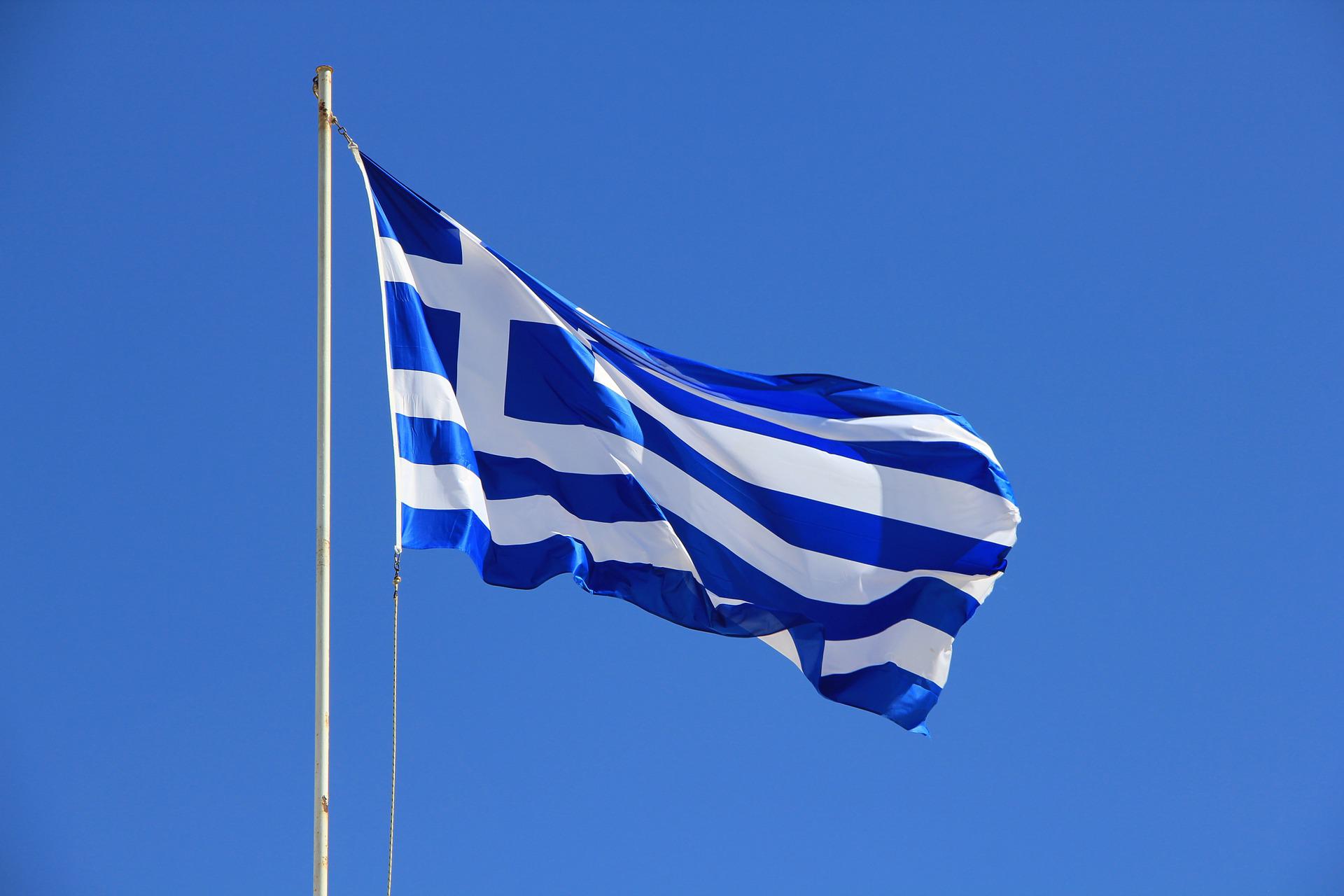 Metaxas had done his best to not provoke a war with the Axis Powers so far. The cruiser incident had been brushed under the carpet and even poor Zog had not been allowed to stay in the country for long. But this was too much. Greece had a long history of being a fairly divided nation, always close to civil unrest, but Metaxas’ “ochi” unified the country over night.

One newspaper wrote: “Today there is no Greek who does not add his voice to the thunderous OCHI. Ochi we will not hand over Greece to Italy. Ochi, Italian ruffians will not set foot on our land. Ochi, the barbarians will not desecrate our Parthenons.”

Now hailed a national hero, Metaxas rounded up the King and heads for an emergency meeting with the cabinet and the British embassy. The Greek military was not at all modern, and mostly equipped by foreign manufacturers. It barely had an air force and only a handful of tankettes. Could Mussolini’s self-proclaimed ‘invincible army’ be stopped?

As their bombers circled above Greece’s major cities, the Italian offensive on the ground was hampered from the start by familiar problems. Once again, it lacked adequate planning and preparation. Much of the needed ammunition and supplies were still sitting in Italy, even as the troops made their way from Albania to the front. Other than the trained Bersaglieri, Alpini and Blackshirt divisions, much of Italy’s manpower was made up of inexperienced and under-equipped conscripts, unfamiliar with combined arms practices and their new officers. Adding to this, the timing was terrible as it was mid-autumn in the Balkans, and the weather worsened by the day.

Plagued by torrential rains, the Italian Corps was behind schedule from the get-go. On the right flank in the Epirus sector, the Bersaglieri, supported by the armoured Centauro Division, made their way towards the swollen Kalamas River. At first, they encountered only light resistance, as the Greeks worked to delay them with small skirmishes. Epirus had been the gateway into Greece for invaders since ancient times, and once again the Greek main force withdrew to well-prepared defensive positions. General Alexandros Papagos, in command of the Greek forces, had spent the last few months preparing his army for war. He advocated an elastic defence, meaning he would give up territory in order to face the Italian army with a coherent defensive line. That would eventually prove to be the correct decision.

Further north in the Pindus mountains, the soaked and exhausted Italians of the Julia Division made their way through ice and snow. Except for the Alpini and the Albanian auxiliaries, many had come straight from Libya and had no time to acclimatise themselves. These mountains are some of Europe’s most rugged terrain, often over 1,500m high. On the Greek side, many of the defenders had grown up there. Every Italian attack was met with well camouflaged small arms and artillery fire. Every hill the Italians took was immediately contested with savage bayonet attacks. Slowly, the Italians would advance some 30km towards Kalpaki, where the Greeks would make their stand. With reinforcements brought from the Bulgarian border, they destroyed their attackers. Barely escaping encirclement, the Julia Division retreated with heavy casualties.

The Epirus front fared a little better. Unchallenged by Italian artillery, the well-fortified Greeks could engage the attackers with machine-guns and mortar fire. Fiat tanks were obliterated by well-prepared artillery zones and tank-traps. Mussolini urged his troops forward, but the defenders kept the upper hand and were steadily reinforced. Greek press and radio called upon the reserves using pre-established secret codes and the mobilisation happened quickly. Greece also had short internal lines when it came to supplies and communication, and did not have to send things across the sea.

By November 9, it was obvious that Mussolini’s offensive has failed. The fighting came to a standstill all along the frontline. And now, the Greeks counterattacked. The exhausted Italians did not give up ground easily, but ultimately could not prevent holes being broken into their lines. Fighting was fierce, often at the tip of the bayonet. In the north, the Greeks were pushing the invaders back into Albania. The snow fell heavily as the exhausted Italian troops trudged back along the routes they had travelled only two weeks earlier, through slush and freezing mud. It was one of the worst winters in centuries for the Balkans, and it wore down men and equipment quickly. Mules died from exhaustion and doomed horses were shot. Frostbite and gangrene plagued the troops. It was reportedly common to resort to placing the steaming brains of recently slaughtered mules under the helmets of soldiers to keep warm. Most of the casualties were from hypothermia and frostbite, caused by exhaustion and lack of medical treatment. Desertions increased and it was an unfolding disaster for the Italians.

By mid-January 1941, the Greeks had pushed to Korca and towards Klisurra, but their own supply lines had reached their limit. The bad winter weather also affected the Greeks, to the point where women and children were journeying through the snowy mountains, carrying shells and ammunition on their backs. But the Italians had pulled back to a more easily defendable line and the front became static once more.

Metaxas died on January 29, 1941, and shortly before his death, he had a bleak premonition. Greece was fighting a heroic war, worthy of Hellas of yore. But even if the country successfully preserved its honour, how long would it hold out? If the Germans were to get involved, would it all have been for nothing? 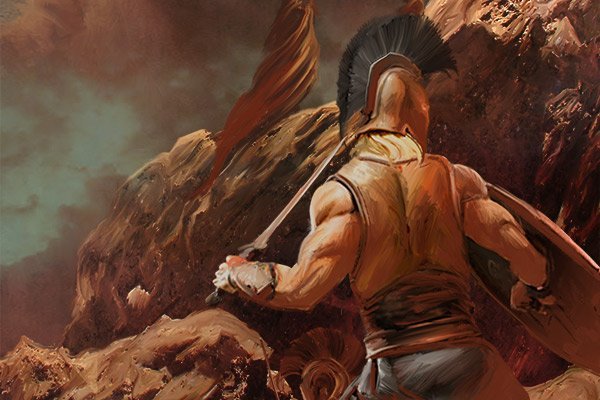 The German Führer was indeed eyeing Mussolini’s failure with increased annoyance. He had sent him a strongly worded ‘I told you so’ letter and the Italian ambassador was asking him for help. The Italian fascists losing face at home was one thing, but Greece itself became problematic for the Germans when it was pushed into the British camp. At first, it was resupplied with ammunition, then with aircraft, and then there were rumours that a British expeditionary force was to be shipped in from Alexandria. Greece could become a danger to Hitler’s southern flank.

Mussolini was not done yet though and pinned all his hopes on a new spring offensive. On March 9, a massive artillery bombardment rained down over the Greek lines in the Pindus mountains. Assuming that the Greek defences had been obliterated, the Italian infantry surged forward and promptly ran into determined defensive fire. The offensive was focused on a position called Hill 731. For several days the Italians tried to force their way through the Greek defences but were repulsed time and time again with heavy losses. Even the innovative idea to outflank the hill failed miserably. By March 25, their spring offensive was declared a failure and produced nothing but thousands of Italian casualties.

The Greeks were victorious once more, but also exhausted like never before. The chronic shortage of shells and ammunition had forced the British to pump in ever larger amounts of supplies. Confirming Metaxas’ fears, through Bulgaria, the Germans were now rapidly building up their army with a General Staff that knew what it was doing. The German invasion, launched on April 6, 1941, advanced quickly into the Greek north against the exhausted and undersupplied Greeks. Outnumbered and outgunned, the Greek resistance could not withstand such superior force. Throughout April, they nobly fought a losing battle, retreating all the way back to Athens. Greece would be forced to submit but it had preserved its honour.

To this day, the country celebrates OCHI Day on October 28 as a national holiday. It was the day when Greece said no to the demands of Italian fascism.

The story of the Greco-Italian war heavily inspired our song ‘ Coat Of Arms ‘. Take a look at the lyrics we wrote here.

If you’re interested in a more visual interpretation of the above story, watch our Sabaton History episode, Coat Of Arms – The Greco-Italian War: