In the Soviet Union, women had initially been barred from combat, but in 1941 Joseph Stalin, after hearing a proposal by renowned female pilot Marina Raskova, issued an order to deploy three women’s air force units – one of which the 588th Night Bomber Regiment, who would later be known as the Night Witches, and who inspired Sabaton’s song of the same name, from the album Heroes (2014).

The regiment, under the command of Major Yevdokia Bershanskaya, mostly comprised young women in their late teens and early 20s, but this lack of flying experience did not impact on the women’s success, with the regiment flying more than 23,000 sorties and dropping more than 3,000 tons of bombs on Nazi military targets during it’s the war. 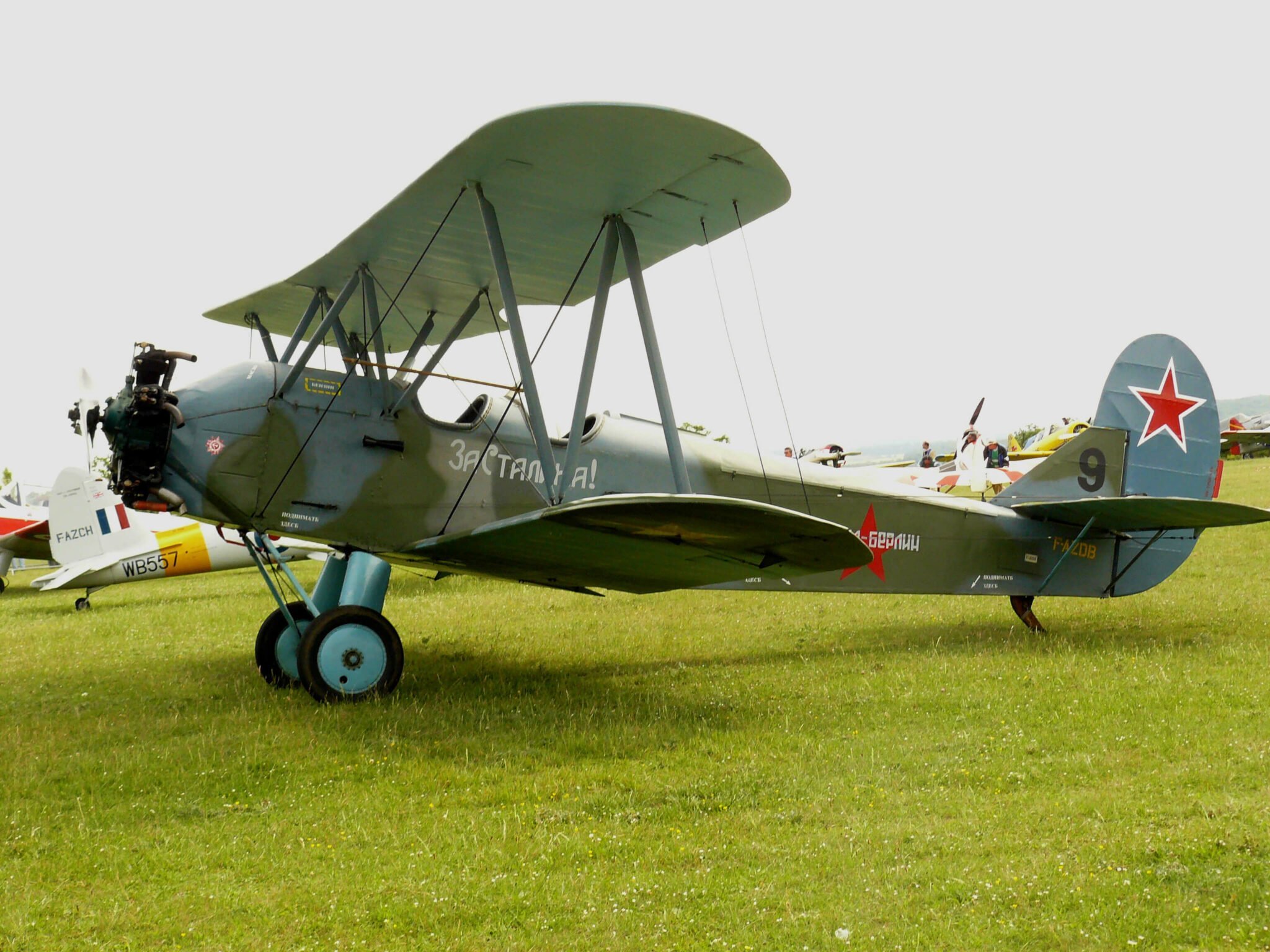 A Polikarpov biplane of the type used by the Night Witches

The regiment was involved with both harassment bombing (a tactic of sporadic attacks designed to cause disturbance and stress) and precision bombing (destroying specific targets), and they flew in Polikarpov biplanes which were normally used for crop dusting and pilot training. The small planes could only carry two bombs at a time, so the women needed to fly back and forth several times in a night to reload, and until 1944 the women went without parachutes to keep the weight in their planes down. The planes may have been slow, but this very sluggishness made them difficult for German fighter pilots to shoot down, because their own planes could not travel slowly enough to keep them in sight.

The skilled pilots took advantage of the planes’ lightweight construction with the trick that earned them their nickname. Once they neared their target, they would cut the engines and glide the rest of the way, leaving the sound of the plane cutting through the air as the only audible sound. The Germans thought they sounded like broomsticks swishing through the air, and the called the pilots Nachthexen, or Night Witches.

The regiment was first deployed to the Southern Front in May 1942 and they saw their first action just two weeks later. The women flew sorties in several notable battles, including the Battle of the Caucasus, and the military action to drive the Germans out of Poland. They took out 17 river crossings, nine railways and two stations, 26 warehouses,12 fuel depots, 176 armoured cars, 86 firing points and 11 searchlights. They also flew supply drops to Soviet forces.

A total of 261 women served as Night Witches during the lifetime of the regiment, which was disbanded after the war, of whom 32 died in service. The strangest incident involving the regiment was the arrest of two of their mechanics for taking apart a flare and making undergarments from the small parachute inside.

In total, 26 women from the regiment were awarded military honours for their service – 23 were conferred the title of Hero of the Soviet Union, two became Heroes of the Russian Federation, and one Hero of Kazakhstan. Major Yevdokia Bershanskaya received the prestigious Order of Suvorov medal, the only woman ever to have done so.

Read more about the life and career of Major Yevdokia Bershanskaya

Other notable regiment members included Yevdokia Nosal, who was the first member to be awarded the “Hero” title and the first female pilot to receive it posthumously, and Irina Sebrova, who with 1,008 sorties was the regiment’s most prolific member. The regiment was the only one out of the three female regiments launched by Major Marina Raskova that remained entirely composed of women and never recruited a single man