The liberation of Paris military battle

The Liberation of Paris

This is the story of Paris and the French Resistance’s last stand against German occupation in World War II.

In mid-August 1944, the Allied offensive in France had broken through the German lines in Normandy and was gaining critical momentum. Local resistance groups emerged from the underground, supporting the Allies with important intelligence and harassing the retreating German soldiers.

By August 15, the Allied armies were on their way to liberate Chartres, just 100km from Paris. With the capital finally in reach, the French government in exile felt that the moment of liberation had finally arrived. The Free French armoured division of General Leclerc was eagerly waiting to make their decisive move.

Inside Paris, everyday life was grinding to a halt. The metro closed, gas and fuel reserves were dwindling, and electricity was limited to just one hour a day at 22.30. And then, the entire police-force went on strike. All emergency respondents and prison guards refused to further obey the fascist ‘Prefecture’ and staged a public walk-out, declaring they would only take orders from the French Resistance. They were soon followed by the public servants of the railways, postal service, funeral services and water utilities. Paris grew closer to a general strike by the day. For the ordinary Parisian citizens, even the simplest commodities became dangerously scarce.

The Resistance itself was bustling with energy. They had dreamed of this moment for four years, anticipating the day to rise up fully against the humiliating German occupation, against Nazi crimes, the mass arrests, the executions, the theft. Although fascist power was disintegrating, the Germans were still there with tanks and machine guns. From inside the Senate, German military administration was based on the decisions of General Dietrich von Choltitz. Von Choltitz had only arrived at the beginning of August and was immediately faced with the near impossible task to keep Paris from descending into chaos.

Paris itself had no strategic value, but with the German forces facing collapse in the west, it was of major importance to keep control of the bridges over the Seine, and the routes through the city open for the retreat. Von Choltitz published threats, communicated that he would employ the most brutal means of repression and retribution if German soldiers were attacked.

With the front drawing closer by the day, the two major resistance groups argued about the date of insurrection. The Conservatives and Liberals, influenced by the Free French plea to wait for Leclerc to arrive, argued for patience, while the Communists called for strikes and immediate open war against the German occupiers.

But with official administration and propaganda apparatus gone, Paris began drifting into an atmosphere of rumours. Would the capital be declared an open city and spared from the fighting? Or would it be another Warsaw? Should they rise up? Or wait? The Resistance was failing miserably at finding a common course of action. Paris, as it had been for centuries in times of crisis, became unpredictable.

While this was happening, Von Choltitz began evacuating the city. Fearing retribution at the hands of the Parisians, many collaborators fled in panic. Endless streams of cars and lorries, packed with soldiers, officials and collaborators, carried everything of value out of the city. “Radio Paris”, the instrument of Nazi propaganda, suddenly fell silent and the collaborating journalists and producers fled the city. Typewriters were hastily packed and compromising documents were burned.

As the Germans retreated and the Resistance argued, the city descended into looting and chaos. Most Parisians were overjoyed at the sight of the leaving Germans. People were celebrating in private at first, then they took to the streets with wine and song. And now, with the print shops having been abandoned, the resistance members walked in and began printing their own papers again. Every night at 22:30, thousands of radios suddenly came back to life with the voice of BBC radio broadcasters.

But the Allies had no plans to move on the French capital. The Americans had repeatedly told Leclerc, that they would circumvent the German garrison and encircle the city instead. In fact, capturing Paris would mean that the Allies would have to supply its millions of inhabitants with food and resources immediately, which could endanger the whole front.

As the Allies took their time, many smaller resistance groups were determined to fight. There were as many striking policemen as remaining German soldiers, and if an insurrection could bring the whole city to join a popular uprising, the Germans would surely be overwhelmed. By the night of August 17, the last officials of the fascist regime had left Paris. Only a few thousand Germans and SS-men were left roving the city. Not enough to stop the Allies, but enough to fight an insurrection. The situation grew more dangerous by the hour. The Germans became paranoid and jumpy while patrolling next to rows of posters and graffiti calling for their deaths.

Despite their differences, the motley crews of French ‘Résistants’ Catholics, Nationalists, Liberals or Communists were united in their desire to fight the German occupation. Outfitted with various small arms, smuggled-in or stolen, they broke the curfew, ambushed patrols and threw grenades into German lorries. The young resistance fighters perceived it as a matter of honour that they were liberating their capital on their own. Each night the Paris sky was illuminated by flames. Gunshots echoed through the night, accompanied by yelling, both in German and French.

The insurgents began occupying the townhalls, the ‘mairies’. Although they had no military value, the buildings, representing the democracy of pre-war Paris, carried immense symbolic value to unite Parisians into insurrection. The French tricolour flag rising over the mairies signalled the beginning of the struggle. People now took to the streets wearing the armbands of the Resistance and sung the Marseillaise in support from their balconies.

Von Choltitz continued to issue his threats, but they were mostly bluffs. He knew that brutal repression would only make the situation worse and he was running out of options. He had neither enough men nor clout to keep the Resistance in check. Von Choltitz was now willing to compromise and offered the Resistance a ceasefire. But once again, the resistance leaders were deeply divided, and no decision was made.

On August 19, the uprising began. A large group of former policemen stormed the Préfeture de Police, declaring it liberated in the name of General de Gaulle. French flags were flown high over the city and the headquarters of the now gone collaborationist fascist administration were trashed and burned.

The German garrison was put on full alert, with orders to punish the insurgents without hesitation. On their way to the Prefecture, they came under fire from the Resistance. The Germans react with force. Armoured cars and Tiger tanks rumbled through the streets, shooting into stores and buildings, trying to flush out the insurgents. All-day long firefights were reported and blood filled the Parisian gutters. Women and children caught in the crossfire were fatally hit by shrapnel and ricocheting bullets. Brave Parisians, waving flags of the Red Cross dodged through the fighting, trying to save the wounded. By the end of the day, more than half of the city was in the hands of the Resistance.

Off the sides of the actual combat, the uprising developed into a public gathering. Parisians watched and discussed the fighting like spectators at a football game. Women in their best dresses shared champagne and cigarettes. Jews ripped up their yellow stars and finally, after years of hiding, ventured out into the open.

But not everyone was happy about the insurgency. There was fear of a communist takeover. For industrialists, artists and writers, who had prospered under the Germans, there was the real prospect of being perceived as traitors and collaborators. Others argue cynically: why fight now when liberation was just around the corner? Was this just a way to redeem themselves for years of inaction and peaceful co-existence with the Germans? Some joined the insurgents to unleash their anger and frustration. Women accused of collaborating were dragged through the streets, their heads shaved and marked with a swastika. Captured German soldiers were humiliated and beaten by the crowds. Some were shot without a trial. The SS retorted with equal brutality. Everyone who seemed suspicious was simply fired upon. German tanks shot buildings to pieces in reprisals, while the resistance answered with Molotov cocktails from the windows. 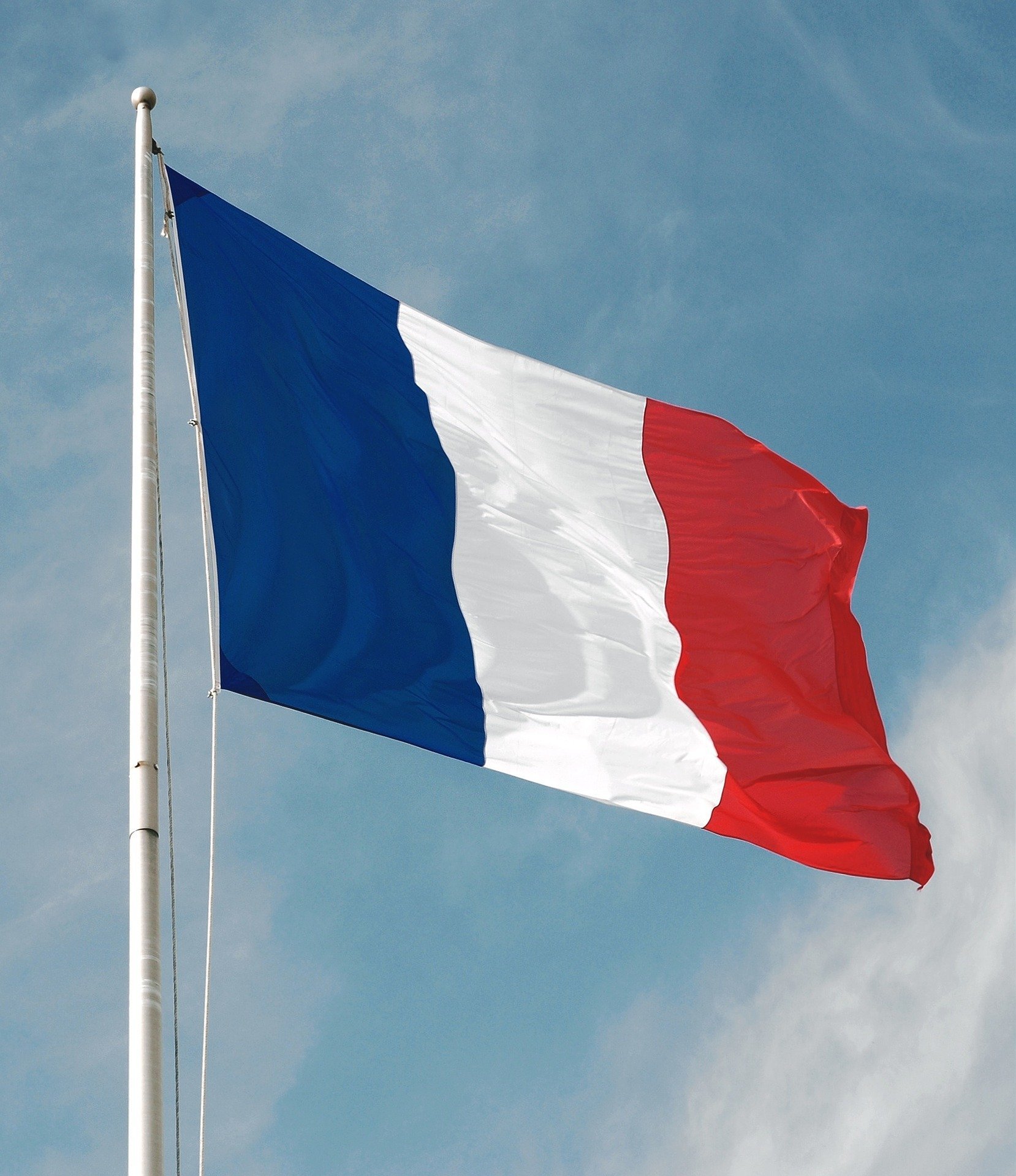 News of the Uprising soon spread outside the city. It made the Free French around de Gaulle and Leclerc even more anxious to reach the capital as quickly as possible. As the leader of the Free French, General Charles de Gaulle was finally about to set his foot once again on French soil, Leclerc ordered a few of his men to ignore the American orders and instead make their way to the front. If the Americans suddenly chose to enter Paris, the French absolutely had to be there.

The week of August 21 began with a renewal of the fighting. All talks of a ceasefire were now forgotten, and new posters proclaimed: “Everyone get a Hun! Everyone to the barricades!” Machine guns and grenades barked throughout the day and sniper-shots echoed from the rooftops. Von Choltitz understood that the situation in Paris was untenable. Then a handwritten order from Berlin arrived at his desk. In it, Hitler declared that Paris was not to be given up. He “would rather see Paris reduced to a heap of rubble than fall into enemy hands.” Von Choltitz allegedly reacted to this message with disgust. Even if he wanted to obey the order, he had neither the manpower nor the control over the city to do so anymore. He cynically remarked that he could topple the Eiffel Tower in order to block the Allied advance. Nonetheless, rumours of German destruction of the city were causing panic, and the myth of the mined city with a detonator in von Choltitz office spreads.

After lengthy discussions, the US Army finally declared that it would cautiously advance on Paris. If the German Resistance was as weak as the French spies made it out to be, then the capital could be taken after all. Excited, Leclerc immediately ordered all of his men to move full speed towards Paris. In the evening of August 24, the Leclerc Division finally arrived.

People took to the streets, yelling “Vive la France, Vive de Gaulle, Vivent les Alliés”. Young girls climbed the tanks to shower the men in flowers and kisses. Throughout the night, the bells rang out all over the city, while people celebrated. The Allied tanks contributed the needed firepower, but the German opposition didn’t just surrender.

Fighting continued throughout the day around the Eiffel Tower and the Arc de Triomphe, often resulting in spectacular tank-on-tank battles, but the German defeat was ultimately inevitable. By the afternoon, French soldiers had stormed the senate and von Choltitz’s office, arrested him and commanded him to order his troops to surrender. He agreed, and as the Swastika flag was torn down from the Senate building and was replaced by the French Blue, Blanc et Rouge, four years of brutal German occupation of Paris finally came to an end.

The story about the liberation of Paris draws parallels to The Warsaw Uprising, an event that happened just days prior in 1944. The Warsaw insurrection strongly inspired our song ‘Uprising‘, which is featured on our Coat of Arms album. Take a look at the lyrics we wrote here.

If you prefer a visual interpretation of this story, watch our Sabaton History episode Uprising Pt. 2 – The Liberation of Paris 1944.